Home » Videos » Automotive Industry » All About the 2019 GM Strike

Have you been aware there was a GM Strike for the past six weeks? Nancy breaks down what the 2019 GM Strike was about, how it affected us, and the resolution ending the strike!

You may or may not be aware that the strike against General Motors is finally ended as of October 25th, after six weeks. The UAW, United Auto Workers, and GM, they’ve come to an agreement.

Hi, I’m Nancy at Kneble’s Auto Service Center. Now, in this agreement, the United Auto Workers and GM, they have agreed to give workers increased job security, better pay, and keeping the healthcare benefits, along with making it easier for those temporary workers to become permanent workers. Now, you personally might have not felt the impact of the strike, but working in the automotive repair industry, we’ve noticed an impact. Some GM parts have been on backorder since the production was at a halt. Dealerships have told us they were starting to see a supply shortage for parts, but they say it could have been worse. Apparently GM learned from that last disastrous strike 21 years ago, so it stopped manufacturing many of its parts. Just like Chrysler, Nissan, and Toyota, parts are purchased by independent suppliers. Consumers, therefore, were not impacted as much, especially for those going to the independent service center such as ours.

Thank you for watching, and check out a new video every Wednesday at 12:30 from such subject as problems with your vehicle overheating or the newest technology in your vehicle. Thank you. 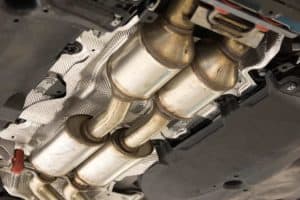 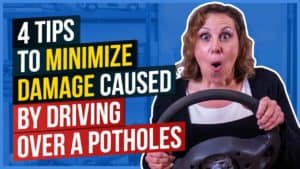