Understanding What a Catalytic Converter Does in Your Car

Home » Videos » Understanding What a Catalytic Converter Does in Your Car
September 19, 2018 by Nancy Kneble

Nancy breaks down what the catalytic converter does and the important role it plays with the environment.

I have had often people say to me, “What’s a Cadillac converter and why is it so expensive?” Hi, I’m Nancy at Kneble’s Auto Service Center. Actually pronounced catalytic converter. It serves as an important part of your vehicle. Catalytic converters, they were introduced in 1975 to reduce the pollution the vehicle produces. This is done by converting harmful pollutants into a less harmful emission before leaving the vehicle through the exhaust.

The role of a catalyst is to speed up the process of a chemical reaction, similar to a coach standing on the sidelines yelling at his team to run faster. The coach’s job is to help speed up the runners. As a catalytic converter, it’s a metal box, is attached to underneath the vehicle. Inside the converter is a honeycomb structure made from ceramic and coated with an expensive metal such as platinum or similar platinum-type material. Being the shape of a honeycomb, it allows the gasses to touch a bigger surface. As the exhaust fumes pass through the converter blowing over the catalyst, a chemical reaction takes place on its surface, breaking apart the harmful pollutant gases converting them to safe gas as it blows into the air.

Share the video with others so they understand what a catalytic converter does. Help keep America clean. Like us on Facebook. Enter any comment you have in the section below. And remember, next time you’re in, say Kneble with a K, and get 10% off of your labor.

How Crazy is Nitrogen in Your Tires?
Next Post: How Engine Overheating Can Destroy Your Vehicle 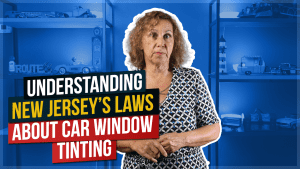