Home » About Us » Fred Kneble

Fred has been in the automotive industry for as long as he can remember. He grew up in a family of 7 with 2 brothers and 2 sisters who all helped their father in the gas station auto repair business. He started out at 14 years old pumping gasoline full time at the family business in Cherry Hill.  In high school, he opted to obtain an education in automotive repair at Camden County technical institute.

Fred went on to work for Mobil Oil Corporation keeping closed gas stations opened in the ’70s.  In 1981, he landed in Mays Landing operating his own automotive repair center in conjunction with a Mobil gas station. Four years later, he went on to marry Nancy.  Over the years, he moved his business to different locations in Mays Landing, ending up designing and building his own automotive repair center on Somers Point Road in Mays Landing.  With his wife at his side, he has been managing Kneble’s Auto Service Center staying current on his knowledge while providing great customer service. Fred Kneble treats his customers as his family.

Fred has been constantly evolving his business as the industry changes.  With technology advancing so has automotive repair. With the introduction of hybrid vehicles, electric vehicles and automated vehicles come new diagnostic equipment. Fred strongly believes in investing in his business to keep current with the technology, equipment, knowledge, and software.

Business is not Fred’s only focus.  Being a part of the community is a strong attribute. Fred has been a member of Rotary Club since 2005 while having the position of president and vice president of his club for multiple terms.  He has spearheaded the Mays Landing Halloween parade since a member of Rotary and worked tirelessly to make it a success it is today.  Fred also held the position as president of Mays Landing Merchants Association from 2015 to 2018. On December 16, 2019, Fred Kneble received a proclamation from the Township of Hamilton for his service, volunteerism, and devotion to the community of Mays Landing.  In his spare time, Fred loves to spend time with his family. He enjoys boating when time permits. Cooking has also become a passion of his. Fred is constantly learning to help improve the quality of business and his life. 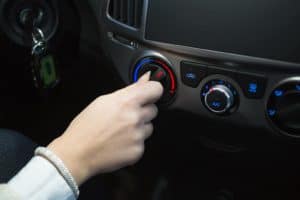